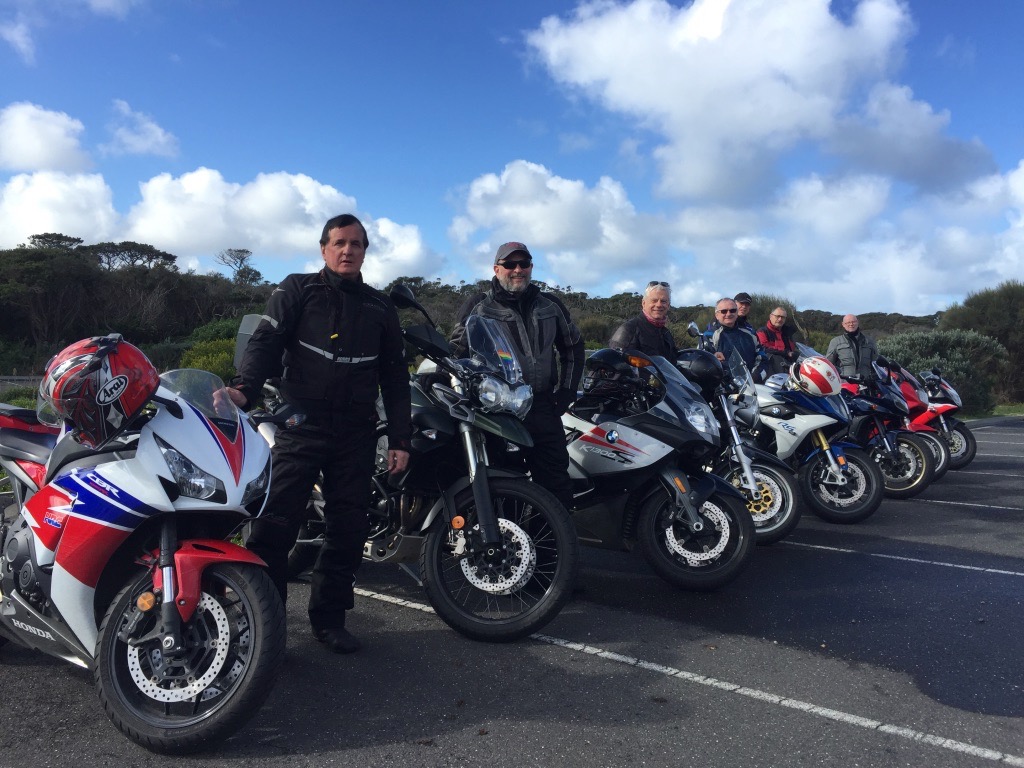 It was the end of winter and 7 of us braved the cold conditions to head down for a jaunt around the Mornington peninsula.

We (David W, Peter Ho, Tim, and Christian) met early at Cafe Metsa (our new inner city meeting spot) and had a hearty breakfast before heading off. We took the slow route down to Frankston via Docklands, St Kilda and then back up to the Nepean Highway in Brighton (where Glenn joined us!) given that Beach Road was closed for a cycling event. some of us fueled up at Frankston where we were supposed to meet up with Peter Ha but we were late and so we found out that he’d already headed off to our first stop which was the new Eagle chairlift at Arthur’s Seat.

We decided to take the scenic route to Arthur’s seat via the coast road and Mt Martha and the views over the bay were spectacular as usual. We arrived at Arthur’s Seat and headed up to the top to park our bikes but as we went past to the bottom of the chairlift we spied two bikes – yes, it was Craig and Peter Ha having coffee down the bottom of the lift. Eventually they joined us up top and then we went for a rather steamy and wet ride down the chairlift and then back up to the top again. We didn’t get to see much of the view because with 7 of us in one gondola the windows all steamed up which created great hilarity amongst the attendants who were wondering what we were up to in the gondola!

After a light lunch at the chairlift cafe we headed off to our next destination which was Cape Schanck Lighthouse. We headed off on some of the twisty roads on the peninsula and found some but my sat nav malfunctioned and so we missed a few! We arrived mid afternoon to the lighthouse and discovered a very informative and dedicated lighthouse attendant in the museum who told us lots about the lighthouse’s history.

It was acold an dshowery day so after our visit to the lighthouse we headed off back to Melbourne, had a look at a wonderful view of Phillip Island at Flinders and then made our way up the C777 to Hastings and then back to Melbourne.

An enjoyable ride around the peninsula to say farewell to winter!