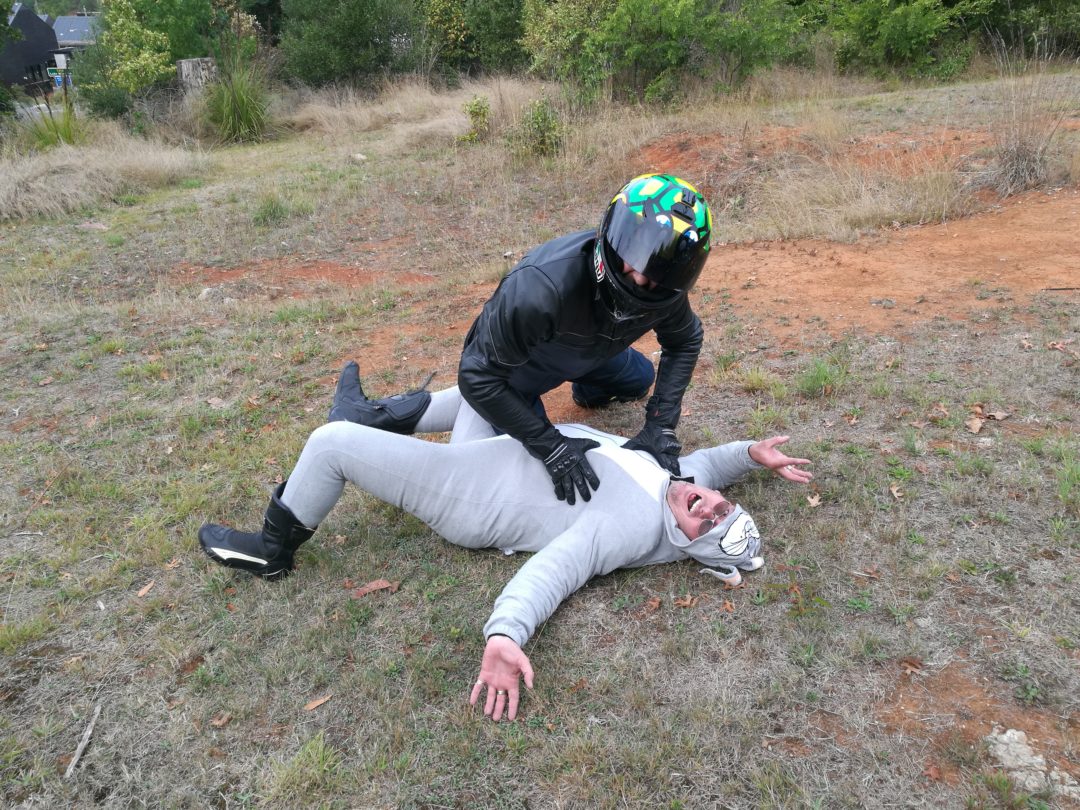 I selected my ride date as it provided me a few potential themes I could go with. Firstly, it was Easter, but as a bonus, it was also April Fools Day. The latter could have been a self-fulfilling joke for anyone wanting to come along for the ride but wasn’t aware that this was also the end of Daylight Savings. So, if their mobile wasn’t set up for auto adjust (and who’s isn’t?), then they could have been hanging around for an extra hour at the departure points. As tempting as it was, I decided not to run with it, and sent an email prior to MMT Members, reminding them of this as I much preferred more participants to come along and enjoy the ride route that I had planned.

Nervously I was keeping my eye on the long range weather forecast, as having a somewhat unpredictable summer with more than average storm fronts coming across, I had everything crossed that it was going to be dry, and yet mild temperatures as I was planning on having a good number of ‘Layers’ on to go along with my theme.

As it was the end of Daylight Savings, a number of ‘special stops’, and being the Easter Long Weekend, I was expecting there to be more than the average amount of traffic visiting the areas we would also be going through.

The morning arrived, and I was satisfied from the pre-ride on Good Friday, and I arrived outside of Café Metsa in West Melbourne, where there was no one other than Pete, Tim Chloe (The Dashing Greyhound) and a friend of theirs. Seeing Chloe, I suddenly felt somewhat threatened and unease. Yes, I was wearing a Rabbit Onesie, and we all know what Greyhounds are trained to chase in their professional career on the track! Made for a great photo opportunity through, but Chloe just seemed to have a cheesy smile on her face in most of the photos. A few minutes later, Darren B and Ian L turned up and before long we were heading out to Lilydale where we were greeted by the rest of the pack of wild dogs (ready to chase this little bunny) to the likes of David W, Christopher, H & Timmy, Stefano, John C (JC, Yes we had our very own J.C. for our Easter Ride), and finally Max arrived to complete the pack. A very quick briefing and we were on our way.

From Lilydale, we headed South past Mount Evelyn and up some back roads towards Kalorama and through Mount Dandenong Tourist Drive. Chucked a lefty at Olinda, taking another back road short cut over a crest with spectacular views down a quite steep embankment with a very sharp S-Bend at the bottom before heading North-East again through Silvan, Wandin East and then North through Coldstream on our way to the Yarra Valley Chocolaterie & Ice Creamery just out of Yarra Glen. Surprisingly, there wasn’t nearly as many people there on Ride Day as there was on Good Friday when I did the Pre-Ride where personal space was simply a luxury you only got before arriving and leaving. With some chocolate treats purchased and tucked away in my bikes Top Box, we headed across to Healesville where again, it was completely opposite from how it was on Good Friday, where people were waiting outside food establishments that was practically empty a few days before. With our group split through various outlets, we had our non-chocolate fix before heading off towards Warburton, then the temperature dropping climb up the summit of Mount Donna Buang to climb the Summit Tower for some spectacular views.

We parted ways with Darren & Ian, and H & Timmy after our decent and the rest of us went off to Marysville via the Reefton Spur where we dropped in for afternoon tea, and yes, more Chocolate (Special Easter Honeycomb Rocky Road from the Chocolate Factory earlier in the day). Stefan insisted that we do some role play photo shoot where the remaining riders were wild dogs (please refer to earlier reference which now hopefully makes sense!) chasing the little waskle wabbit with Stefan being victorious.

With the sun rapidly setting and still an hour and a half travel time to get back to Melbourne, we said our goodbyes and rode off into the sunset. Well, it would have been if the clouds weren’t covering the sun behind the mountains.

Thanks for all those who came along, it was a fun ride, and now that Easter is over, I’ll have to commit to cycling for a while to work to burn off all the chocolate.