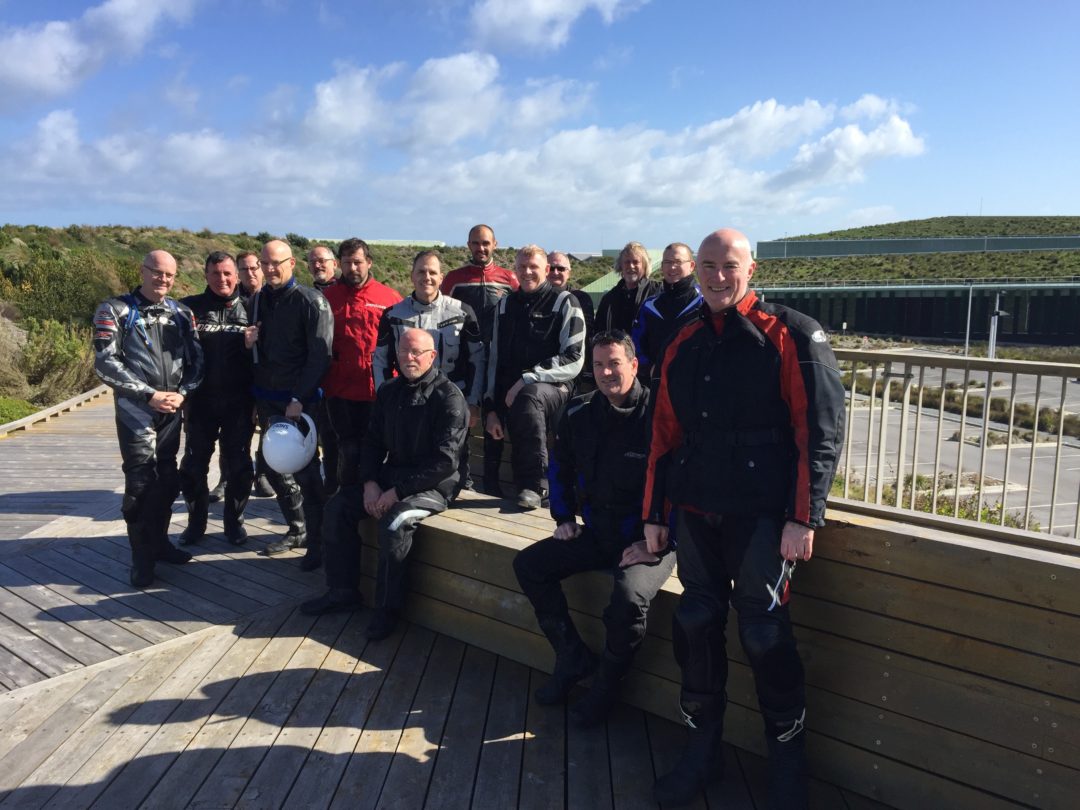 This ride was to be in the dead of winter and so as we planned it we realised that the weather could be for us or against us so we planned a few points where the ride could be shortened if necessary. Fortunately, the day turned out to be a beautiful sunny winter’s day with the top temperature in the mid teens – wonderful!

After having met at Lilydale for the last four or ve rides we decided to make the second meeting place at Frankston and then lead the ride down into the South Gippsland area and then to criss-cross the area through the hills to the beach and back.

We headed from Frankston out to Kooweerup (where my Mum was born!) and met Craig & JT there. From there we headed off through the rolling green hills of South Gippsland and did a surprise stop to view our Victorian desalination plant where we read up on all the stats related to the plant such as:

After lunch we headed down to Coal Creek where they had a pioneer trades day happening and steam engine rides on the old Stezlecki train. Most of us piled into the passenger carriage and enjoed the loop of the park while others looked at the old village and the trade displays.

After a brief sat nav error which took us down a dead end road instead of onto the highway we then headed off toward Leongatha but instead of going there we headed off toward the airport and onto some more back roads (unfortunately with the sun in our eyes!) and re-emerged back onto the highway close to the South Gippsland Highway and the ride ended back near Lang Lang where some of us had coffee before making the journey back to Melbourne.

An enjoyable mid winter ride was had by all. Pete.

← Mad Max’s ‘Christmas in July Ride’ David P’s ‘3rd Blessing of the Bikes’ Ride →
Manage Cookie Consent
To provide the best experiences, we use technologies like cookies to store and/or access device information. Consenting to these technologies will allow us to process data such as browsing behavior or unique IDs on this site. Not consenting or withdrawing consent, may adversely affect certain features and functions.
Manage options Manage services Manage vendors Read more about these purposes
View preferences
{title} {title} {title}