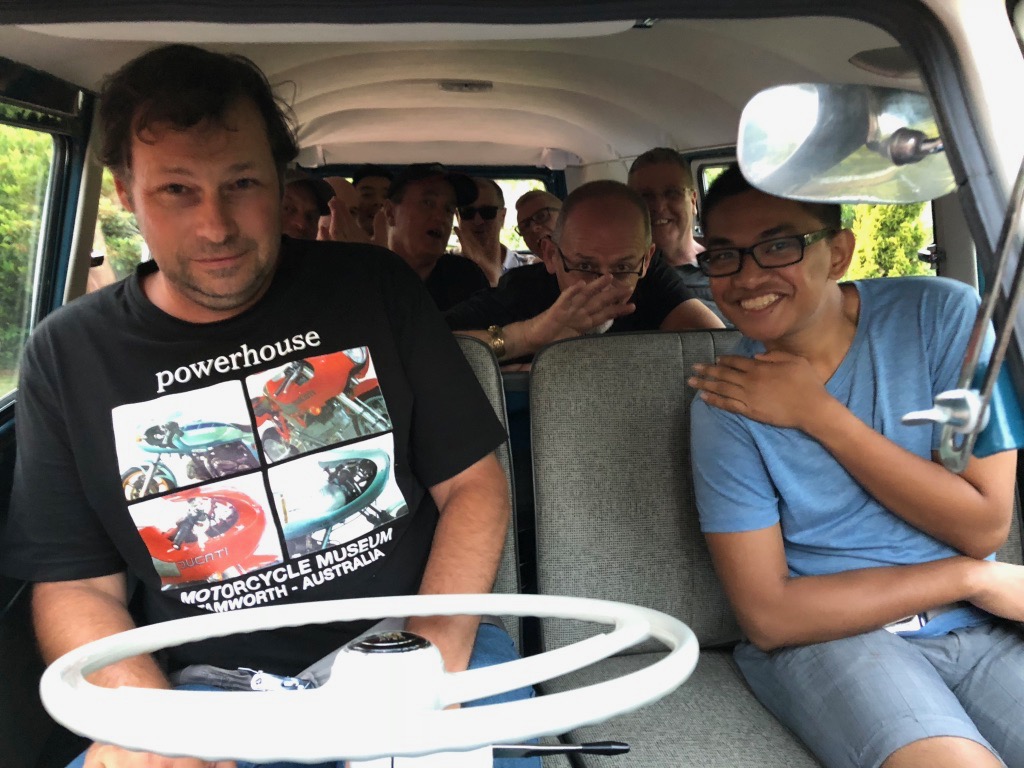 Sixteen bikes gathered out the front of the Olinda Creek Hotel in Lilydale ready to embark on the 2017 MMT Christmas Ride. We departed shortly after 10am and headed east along the Maroondah Hwy to the Warburton Hwy. At Woori Yallock the group turned south toward Koo Wee Rup riding through Yellingbo and Cockatoo to Pakenham Upper where we headed back north along the Gembrook – Beenak Road to Launching Place, and back on the Warburton Hwy just 4 kilometres down the road from where we left the Warburton Hwy 90 mins earlier.  Continuing along the Warburton Hwy through Warburton and Reefton where we stopped for a regroup at the southern end of the Reefton Spur.

Brett continued on up the spur to stop at good photo spot to get some shots of the group coming around the corner.

After completing the Reefton Spur we headed down the mountain into Marysville where we arrived at our lunch destination, The Duck Inn at 12:50pm. We were joined by a few club members who came directly from Melbourne and a couple of Marysville locals bringing our total number for lunch to 26. The Duck Inn had organised a special Christmas lunch for our group, which was truly delicious.

By 4pm we were ready to move on, some rode back to Melbourne while about 16 of us stayed in Marysville and came back to our place where we had drinks and nibbles on the veranda. Later on we ordered fish & chips and continued out on the veranda watching the sunset over the surrounding mountains. Later in the evening 11 of us piled into my 1966 Kombi Micro Bus and went to Steavenson Falls before doing a tour around town of the Christmas lights of Marysville. The following morning we went to the Marysville bakery for a cooked breakfast and most of the group wandered back to Melbourne after that.

Thanks to everyone who made the effort to come along and make this a most enjoyable and unforgettable event.