Glamping on the Great Ocean Road 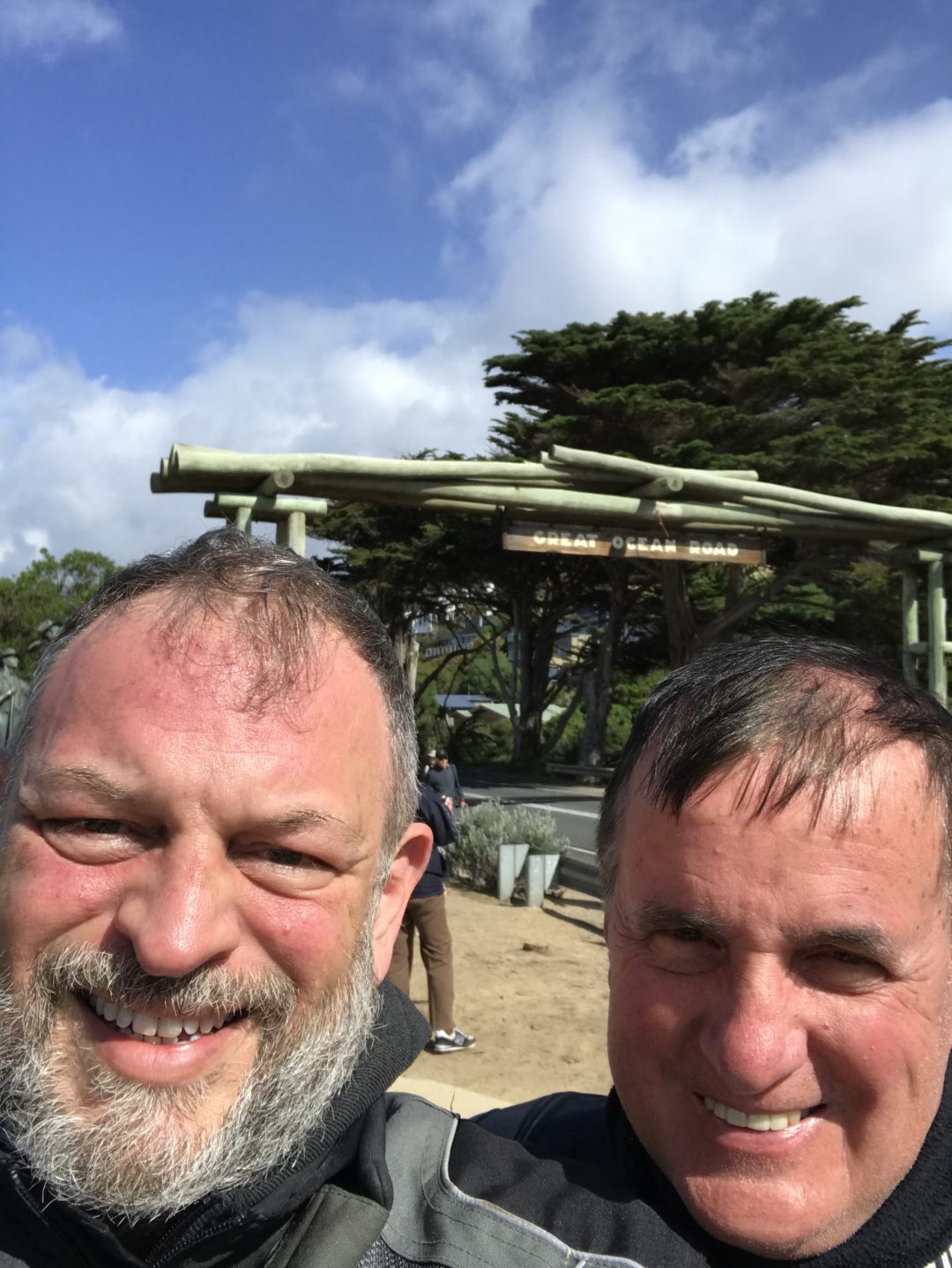 A few riders meet early at Café Metsa for breakfast before heading out into a lovely sunny day. David W. led the ride out onto the M1 toward our second pick up in Laverton. After some fueling up and general merriment, David W. and Christopher F. called the ride to order covering the plans for Day 1. A final few minutes on the M1 and we were off of the highway, cutting through the center of Werribee before hitting some pleasant back roads cutting across the plains. The weather continued to favour the MMT as did the occasional country air as we passed a few cattle ranches. A long push brought the group in to Colac where we fueled up and lunch was served at a tasty mediterranean deli. 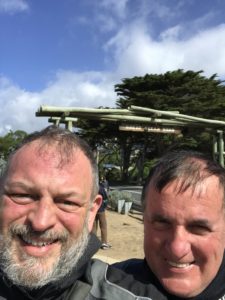 After lunch, the group headed south through the lush Otways forest and some lovely twists and turns. Coming over the mountains, the Great Ocean peaked out from behind the trees giving great vistas of our southern coast.  And views of clouds rolling in. As we arrived in Apollo Bay for an afternoon coffee, some light rain greeted us along with a noticeable drop in temperature.

After warming up, we said goodbye to Pete, Tim & Toffic as they headed back for sunny Melbourne. Christopher F. took over as ride leader for the last leg up the Great Ocean Road to Moggs Creek. The weather quickly dissipated, traffic was light and the G.O.R. was smooth and clean. A quick fuel stop in Lorne, we wound our way up the coast taking in the beautiful scenery before arriving at Tall Trees glamping site nestled up in the forrest just half a click to the beach.

Our accommodation provided generous covered parking and gorgeous fully outfitted tents. David P. treated us to a roaring fire as we cozied up to a well earned glass of wine/beer. Risoles and sausages from the local butcher along with a variety of salads and potatoes cooked on the open fire filled our tummies as much merriment was had. Christopher F. introduced the American art of toasting marshmellows over an open fire for dessert before we headed to a cozy warm bed under the stars.

A gentle morning rain woke us from our cozy warm slumber. The rain quickly subsided to warm morning sun shining through the tall trees of our campsite. A roaring fire greated us under the pavilion where muesli and yogurt were followed by expertly cooked eggs and bacon from the grill.

Christopher F. led us back out of the campsite to our first morning stop at the G.O.R. arch. The club was greeted by a parking lot full of tourist buses where we quickly became the subject of many a foreign camera. The club will no doubt be world famous after this ride! We took a break from the grueling photoshoot to wander down to the beach and take in the Great Ocean. Upon return to the bikes, yet more pictures of bikes, helmets, guys on bikes and the like, we headed off again to a gorgeous ride back down the G.O.R. to Lorne.

A quick roundabout and we were back up in the forests winding through Angahook-Lorne State Park and Boonah Forest. Past Deans Marsh the club stopped for a morning coffee in Birregurra. Continuing on up past Lake Colac and many others, the group persisted on through high cross winds putting our leaning hard on a straight road skills to the test. A brief reprieve came with a 90 degree right turn and the wind pushing us up a dozen or so clicks without a smidge of throttle. Back in the wind, we worked our way up to Ballarat.

We stopped at the Lake View Hotel opposite Lake Wendouree in Ballart for a final lunch together and hoping the wind might die down a bit (it did, but about 5k out from Melbourne). Most of the group splintered off after lunch to make their way home. A few of us soldiered on under David W.’s leadership with a final coffee stop in Ballan prior to heading home.

All in all, a fantastic ride with gorgeous club members (and no incidents!). Thanks to all who partook of our joint-led ride and a special thanks to our wonderful hosts at Tall Trees glamping. Happy Spring!